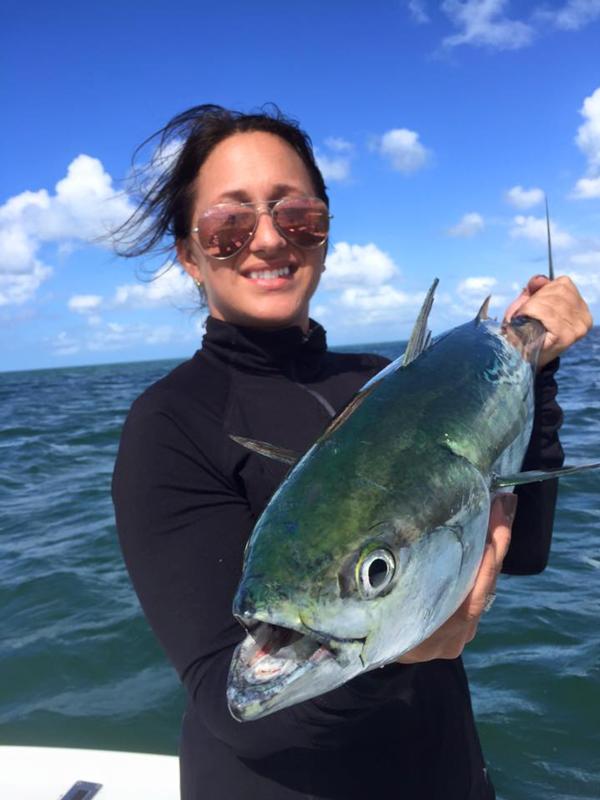 This October has been a beautiful month with temperatures ranging from mid 80s to 90s which makes for fishing great.  The scenery on the water has also been beautiful with some of the most breathtaking skies of the year.  The Inshore bite has been good even though the winds have picked up some from the North East.  The Snook are moving into the backcountry and on the grass flats with deeper cuts. There is plenty of Pilchards and Threads along the beaches, so load up your bait well with them and hit your favorite flat or mangrove shoreline for some great fishing.  Redfish bite has been good with small to medium schools on the grass flats and lots of small schools under the bushes. Use live Shrimp or pitch a Savage Gear TPE Shrimp. Spanish Mackerels are everywhere along the beaches mixed with Bonita. Small spoons casted or trolled work well.  Book a trip soon as dates are filling up quickly.